YISC members are working to address the impacts from invasive species through prevention, early detection & rapid response, and management. We are not alone in these efforts and are working together with land users and owners, people in neighbouring jurisdiction including Alaska, British Columbia, Northwest Territories, and with federal partners.

Prevention is the most cost effective means of controlling invasive species. Preventing invasive species from entering into new areas avoids significant long-term economic, environmental, and social costs.
In the Yukon we are still in a position to prevent invasive species infestations before they become widespread. The lack of invasive infestations is likely a result of our low population density, limited development and disturbance of pristine wilderness. Invasive species often are opportunistic species that take advantage of a lack of competition from other species. In natural conditions with a high native species density, they have a harder time establishing themselves.

Even by best measures, because invasives are opportunistic by nature, prevention is not always possible. So the next best measure is early detection. A rapid response to the detection of a new invasive species allows for eradication of this species or will help minimize the extent of the species. To accomplish EDRR in the Yukon we need to:

An example of EDRR in progress is the identification and eradication of oxeye daisy populations in south eastern Yukon. For the last three years YISC members have been mapping oxeye daisy populations along the Alaska Highway corridor between Watson Lake and Teslin. In conjunction, the plants are being removed and sites are monitored for regrowth. The tremendous team effort for this work is shown by the partners in this work: funding from the Canada’s Invasive Alien Partnership Program; support from Yukon Environment through their summer youth program (Y2C2); Yukon Highways and Public Works staff participation; and the Northeast B.C. Invasive Plant Council who further helped with control efforts.

Another great example of EDRR success is the report of orange hawkweed in Watson Lake in 2021, posted on iNaturalist.ca. This report led to the successful management of the plants. YISC encourages the general public and professionals to post to iNaturalist to encrease Yukon's database on invasive species. 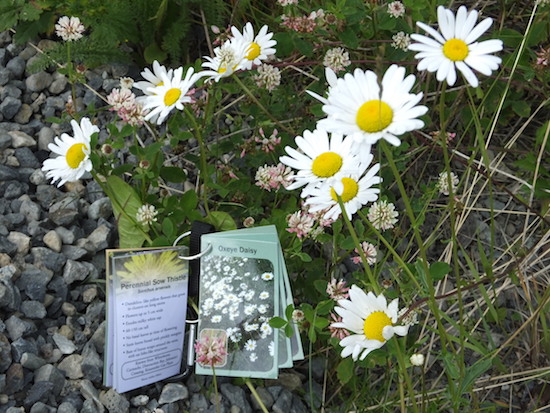 A volunteer removed Oxeye Daisy in a gravel pit along the Alaska Highway. 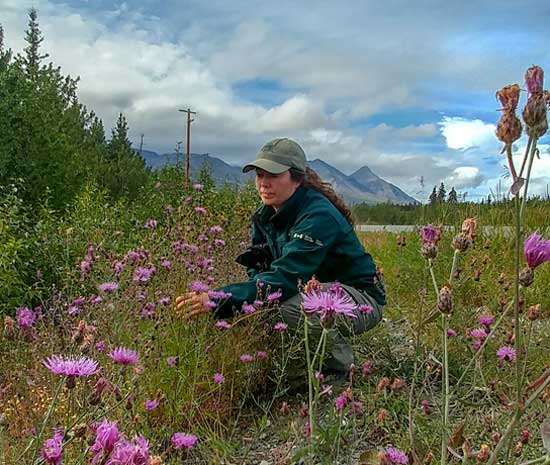 A survey crew reported Spotted Knapweed which was removed the following year.